GEWI: The Intel of Traffic and Travel Information Software?

INTERVIEW: Consumers may not have heard of traffic and travel information software company GEWI but its TIC3 platform is used in a growing number of transportation projects globally. Jim O’Neill, CEO at GEWI North America, tells GPS Business News about the advantages TPEG is going to bring to drivers and navigation, new data collection methods on toll roads and the importance of harmonizing between multiple location referencing networks.

On the face of it drivers attempting to negotiate Jakarta’s infamous traffic gridlock and speeding motorists on German autobahns don’t have much in common.

But the successful outcome of both their journeys appears to owe a great deal to software created by a company that describes itself as the Intel of the traffic and travel information world.

GEWI develops an off-the-shelf traffic and travel information software product known as TIC3.
Essentially it is a platform for processing data which consists of server and client software applications running on Microsoft Windows operating systems.

Jim O’Neill, CEO of GEWI North America, said although the company is unknown to consumers it has a broad – and growing – base of different customer types.

“We are kind of like Intel. The end users really don’t have a lot of contact with us but they receive the benefits,” he said.

“So for example here in the States, NAVTEQ uses the TIC software to process all of their traffic data for RDS-TMC broadcasts.

“If you’ve got a navigation unit, you are seeing the result of it but it’s just like a computer with an Intel chip inside – it runs fast, works well, but you really don’t think about Intel. Your experience is really more with the manufacturer.”

From Hardware to Software Success
Formed in Germany in 1992, GEWI first began creating hardware to put traffic information on TV sets. With big customers such as Sony and Grundig, the company went on to develop the first version of TIC to provide content for the hardware.

Since then O’Neill, who is based in GEWI’s Texas office, said it has built up a good reputation and visibility in its market. The fourth generation of the product – TIC3 – is used in more than 125 projects worldwide.

O’Neill said seven main functions are built into TIC3 around any type of data:

Interoperability Key
However, he said one of the really important parts of the system is its ability to harmonise between multiple location referencing networks.

“So whether it’s a custom network, Tele Atlas, NAVTEQ or whatever, there’s inherently a lot of differences,” he said.

“With TIC3 we can collect anything in reference to any of these formats, harmonise it internally and then send it out.

“This is really important when it is time to create interoperability between a variety of types of systems which may use different location referencing methods.”

Super-powerful Tool
O’Neill said everything GEWI has learned over 10 plus years has been built into TIC3. He said this has enabled the new framework to be very flexible and extendible.

“We have spent a tremendous amount of time and money to develop this. The fact it can do so much is pretty exciting – as exciting as anyone can get about a software product,” he said.

“Where we are excited is that transportation for us is only one business segment. But there is really no reason why it couldn’t be used for so much more.

“When you get right down to it for any project what do you need and have to do? You’ve got to collect data, view it, store it, create it, distribute it, monitor it, automatically create it, and especially now in the location-based world that we live in, everything surrounds locations.

“It’s super-powerful to be able to harmonise all of that data, referencing it against wherever it needs to be collected or distributed.” 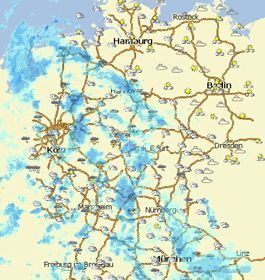 Flexible Approach
When a client installs TIC3 to collect a new type of data, GEWI creates a new collect component, although O’Neill said it has many hundreds of these already created.

“So if a client needs to be able to collect camera data we just drop down a module and select it and collect data in that particular format,” he said.

O’Neill said one of the big benefits of TIC3 is its flexibility with regard to how it is used in the traffic information service chain.

So, for example, one of GEWI’s first big projects was the European Road Information Centre (ERIC), a pan-European Federation with a complete network for traffic- and travel-information covering 22 countries and more than 80% of European roads.

He said on a project like that everybody is at a different stage of system life-cycle, with some having very mature systems front-to-back, while others may just need a front end or back end.

“So that’s the perfect example of how flexible TIC is because everyone can suddenly be on the same data harmonisation feed but they can really decide which element of the systems they really need for themselves to be able to complete the project,” he said.

The service will be launched in September covering the Jakarta area with plans to cover Greater Jakarta in 2012.

O’Neill described the new RDS-TMC broadcaster project as “pretty simple”. He said the more complex ones were new markets, such as toll roads.

“There’s a lot of new data collection methods on toll roads and, for example, cameras to be able to collect occupancy, speed, incident detection,” he said.

“So if there’s a wrong-way vehicle – any of these things can happen on a toll-way – we have the ability to collect it and process it.”

Potential of TPEG
GEWI is also now involved with a number of TPEG projects and will be doing a demonstration at this year’s ITS World Congress for its Local Hazards Warning (LHW) system.

O’Neill said there are so many advantages to TPEG and he believes it is going to make a huge difference to drivers and navigation.

GEWI is currently involved in a LHW project with BMW in Hessen, Germany, which will be offered as a commercial service in 2012 to provide information about dangerous situations, such as when safety-critical incidents on autobahns require increased driver attention.

He said there were specific safety benefits within the different components of TPEG – the ability to have all the different applications, like traffic flow and prediction, weather and parking, plus referenced to a much better location referencing network.

“Local hazard warning is designed to be able to deliver a message directly to the vehicle about anything that’s upcoming, say a work zone,” he said.

“You get an in-vehicle warning that it’s approaching and then the particular advice – it’s construction in the left lane, move right or whatever. It becomes more intrusive and frequent as you get closer.”

Fit all Requirements
O’Neill said LHW is one application for TPEG but there are so many more: “The big difference is that it is two-way communication.

“So the vehicle can make requests of the network and service provider, as well as reporting back conditions. So all the connected vehicle benefits are possible.”

Despite his enthusiasm for TPEG, O’Neill said that while some parts of the world are migrating from RDS-TMC to TPEG, other places are just now installing their first RDS-TMC services.

He said for the GEWI system to work in all directions they really have to understand all the requirements of all the different customer types – and their special needs.

“One of the reasons GEWI has been so successful is that we sit in the middle of all those markets. In TIC we have a solution that really works in every single direction. And it’s the same piece of software – we don’t need to have seven different ones, to deal with seven different markets.”