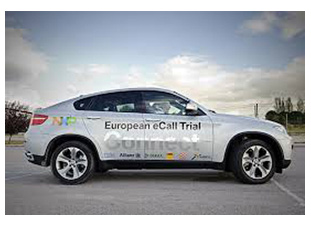 At the fifth European eCall conference, it was confirmed that one of the world’s most widely-used traffic information software platforms is compatible with the emergency call system. The eCall system is required by law to be included in all new European Union (EU) cars and small vans across 28 countries, starting in April 2018. eCall services are expected to provide life-saving benefits for motorists involved in an accident, by reducing response time by up to 50%. The eCall system will automatically deliver both a voice and data alert to emergency responders to inform them of the accident, by automatically dialing the standard Europe-wide 112 emergency number. The data message sent to emergency responders will not only include the location of the vehicle, but also other details such as the type of vehicle, so an appropriate road incident response may be dispatched.

Attended by 130 stakeholders from 17 countries, the conference discussed the standards, specifications, hardware, software, testing, certification, and other details, all in preparation for the arrival of eCall in millions of vehicles. Matthias Defée, Gewi’s director of worldwide customer projects, attended the event to continue to contribute, and to gather project requirements on how the company’s TIC (Traveller Information Center) software can be used in the eCall process. TIC is an off-the-shelf software system for managing roadway information that is used by many DOTs, car makers and device manufacturers. The software platform is used to collect, create, store, monitor, view, manage and distribute information, such as real-time traffic data, from a wide range of sources. The software is designed to be used as an out-of-box system or as a server-based or hosted service delivery platform, and is capable of producing outputs in any required format, including RDS-TMC, TPEG, radio and TV traffic reports, PDA, and web. 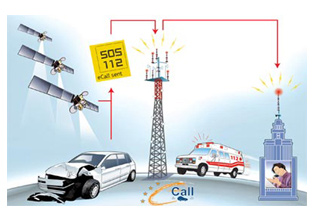 Given the proven flexibility and multi-language support of the TIC system, Defée confirmed that TIC is already able to be used as a component for emergency services. For example, the TIC RIM (Road Incident Management) feature can be used by government road agencies in conjunction with Europe’s emergency services, DOTs, automobile clubs, and other road service providers. The resulting data in TIC can also be used to quickly alert and inform drivers approaching an accident, thereby increasing road safety and reducing the risk of secondary accidents. TIC can also be used to distribute data as radio news alerts, and on variable message signs (VMS) and in global navigation devices.

Gewi has also announced that its TIC Smart Client application for the iPad has been updated to take advantage of recent changes to iOS 9. The app allows both commercial and government users to quickly enter, view and share traffic and travel events and information while in a mobile environment. The app uses the iPad’s built-in GPS location feature to precisely locate a traffic and travel event on a road network. Users then specify the event and optionally add a photo from the iPad’s camera. Data can be shared and delivered to traffic information service operators, who can monitor, check, enhance and update information created by iPad users before releasing.