01 Mar 2005 Written by Jim
ERTICO and its partners participated actively in a forum held in Shanghai, China in December 2004, and dedicated to navigation issues. The ERTICO-coordinated and European Commission (EC)-supported DYNASTY project hopes to build on this impetus, with activities already lined up to support the introduction of TMC in China.

Joint hosts were the High and New Technology Development and Industrialisation Department of the Chinese Ministry of Science & Technology, and the Science and Technology Commission of the Shanghai Municipality. Delegates exchanged knowledge on infrastructure, technologies and products, as well as on dynamic traffic data, and policies and standards relevant to navigation. 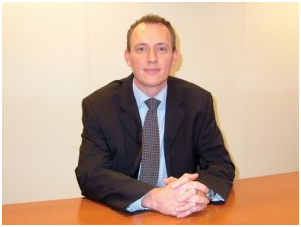 The subject of TMC attracted notable attention at the Forum, as Chinese navigation players showed interest in exploring its impact on urban traffic. Jacob Bangsgaard introduced the DYNASTY project, the first to demonstrate TMC for dynamic navigation in China.

DYNASTY enjoys strong participation by key stakeholders from both China and Europe. At the Chinese end, the organisations responsible for coordinating activities are the Beijing Municipal Committee of Communication, the Beijing Transportation Research Centre, the Beijing Traffic Management Bureau and the Beijing Radio Administration Bureau. Coordinated by ERTICO, the European industry group behind the introduction of TMC in China includes Volkswagen, Bosch, Siemens, TeleAtlas, Navteq, Thetis, GEWI, and PTV.

DYNASTY’s main activity involves the demonstration of dynamic navigation services using TMC messages. Its technical implementation will be completed in Summer 2005, with live demonstrations planned in November 2005 in Beijing for high-level Chinese officials and representatives from Chinese industries and universities.

Preparations for these demonstrations will be made at a 5 April 2005 workshop in Beijing. At this event, all the interested Chinese stakeholders will meet with the European TMC experts to discuss technical specifications and implementation strategies.

Published in ITS International, Jan/Feb 2005 (ERTICO)