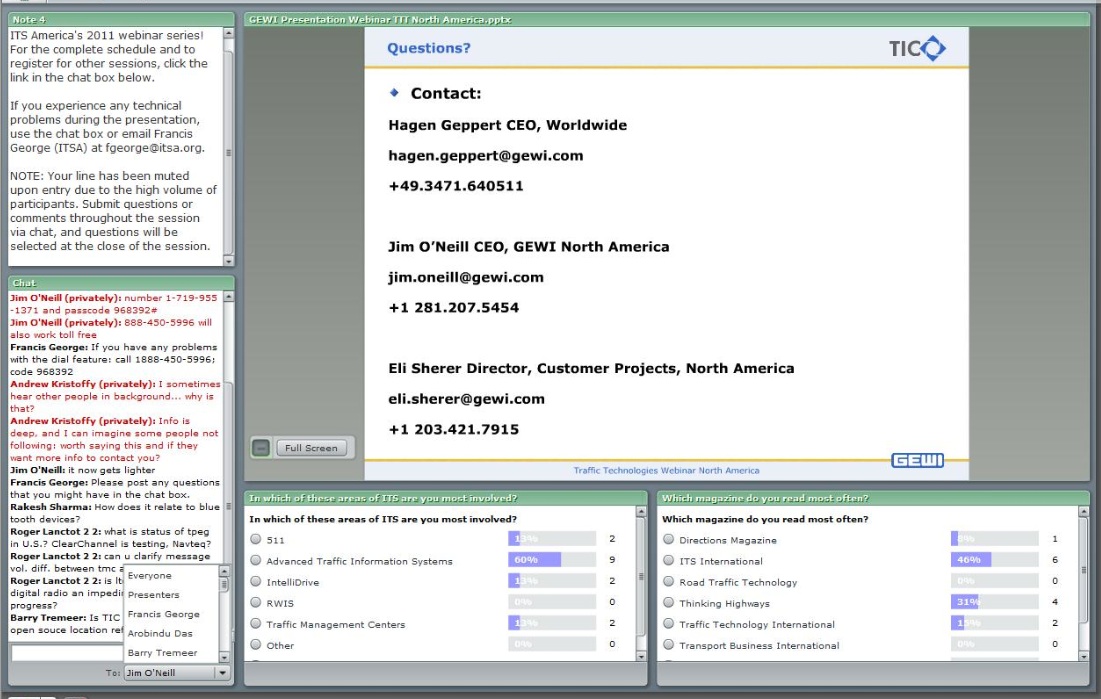 The tour goal was to provide a forum for information exchange between GEWI and agencies at the city, state, federal level as well as in Canada.

On January 28th, in association with ITS America, GEWI held a webinar which presented a summary of the discussion of topics from the Traffic Technologies Tour. The webinar has been archived by ITS America and is available by clicking here.
TIC for Parking
M3 Asia uses TIC for RDS-TMC
GEWI Events, GEWI News
TIC for Parking
TIC for Parking