GEWI Returns to Rathmansdorf to Celebrate 25th Anniversary in Business

In September of 1992, Hagen Geppert and Dr. Karl Will combined their technical and engineering skills and founded GEWI, opening their first office in Rathmansdorf, Germany.

The company name GEWI was created by using the first two letters of each of the partner’s family names. GEWI originally designed programmable hardware for global television manufacturers such as Sony and Grundig and in 1993 GEWI produced one of the world’s first RDS-TMC FM receivers for collecting traffic data.

Soon after developing the RDS-TMC receiver it became clear that there was a lack of quality traffic data available for broadcast. This led GEWI to develop the first generation of the TIC Product to collect, view, create, store and distribute traffic information. 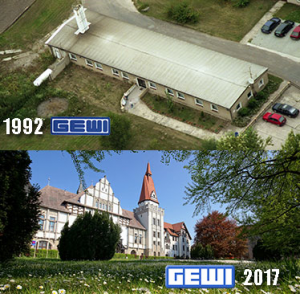 In the last 25 years the TIC Software has evolved to provide many solutions beyond Traffic and Travel Events and the GEWI staff returned to the original office in Rathmansdorf for a BBQ to celebrate this milestone in the company history. Among the attendees was Holger Kuske who joined the company as the first employee in 1993 and is celebrating his 24th year with GEWI.

GEWI’s main office is in Bernburg, Germany but it was announced that a new office will be opening soon in Leipzig Germany. GEWI also has offices in the United States, Singapore and the United Kingdom to sell and support the TIC Software which is now used worldwide.